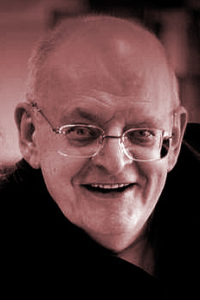 Ash Long is the Editor of the Melbourne Observer.

His 50-year association with the newspaper started in 1969, when he was an enthusiastic newsboy in the northern suburbs of Melbourne.

He started his writing career as a ‘stringer’ (paid-by-the-line correspondent) for the Leader Publishing Co. (now Leader Community Newspapers), whilst he was still a school-boy.
He worked as a Journalist at Leader, whilst working part-time on the presses at Regal Press, and also on distribution/publishing work with Nation Review, The Ageand other publications.

In 1978, aged just 21, he was recruited to become Leader’s youngest-ever Manager, for papers including the Bayswater News, Knox and Mountain District Free Press, and Knox Sherbrooke News. Within a year, he was Group Classified Advertising Manager, and took on various roles, before becoming Regional Manager of eight northern suburbs newspapers in 1980, at the age of 23.

Ash Long was appointed to the National Promotions Committee of the Australian Suburban Newspapers Association, and in 1983 he became Managing Director of Victorian Media Corporation Pty Ltd. In 1985, he moved to country Victoria, as a hands-on owner-publisher of the 100-year-old Yea Chronicle newspaper. He commenced publication of new titles at Seymour, Nagambie, Whittlesea, Kinglake and Kilmore. He sold the Chronicle title in 1993, taking two six-month consultancies, one as Publisher of the 112,000-circulation Canberra Weekly title, which he returned to profitability within several months.

After several years in television production, Ash Long returned to newspapers, with the re-energising of the Melbourne Observer title in 2002, and the expansion of the Travel Monthly titles in 2004. Local Media continues to grow. Ash Long is aged 61, is a parent of two, grandparent of four, and looks forward to 2017-18 as a significant growth in service to Local Media’s ever-expanding client base. An additional title, The Local Paper, is now in its second year of publication.