A Police officer has been injured and a man and woman are in custody following a dynamic arrest in Airport West on Thursday (Jan. 20). The pair were arrested in a Louis St carpark after three police cars were rammed by an allegedly stolen car shortly before 12 Noon The arrests, after police were called

Detectives have charged two men after arresting them in an alleged stolen vehicle in Werribee South early on Wednesday morning (Jan. 19). Detectives from Geelong first observed the allegedly stolen blue Nissan Qashqai travelling north at excessive speed on the Princes Fwy in Norlane shortly after 1am. Police monitored the vehicle, with assistance from the

Westgate detectives have arrested and charged three males following two aggravated carjackings and a robbery in Truganina and Southbank last month. A 17-year-old, 18-year-old and 19-year-old all from Truganina have been charged with a range of offences, including aggravated carjacking, theft of motor vehicle and robbery following three incidents which occurred over the last month.

Detectives have issued a number of Firearm Prohibition Orders as part of an operation to disrupt and deter illicit firearm use linked to the Rebels Outlaw Motorcycle Gang (OMCG) across the state. Police carried out searches at twelve addresses on Wednesday 19 January, including properties at Lilydale, Kilsyth, Point Cook, Elsternwick, Tarneit, Lockwood, Huntly, North

Detectives from the Southern Metropolitan Crime Team have arrested three males in relation to a serious assault that occurred in Cranbourne earlier this year. Investigators allege a 21-year-old male was parked outside a venue in Stawell Street Cranbourne, when a group of approximately 20 males approached him on Friday 7 January at about 1.40am. It’s 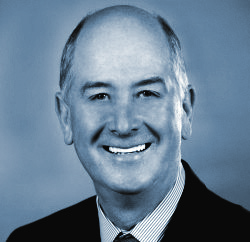