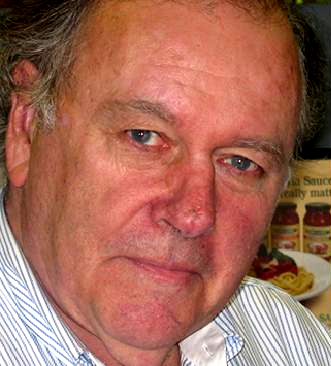 Heidi moves from 3AW to Nine
Heidi Murphy, long standing Senior Producer of Neil Mitchell ‘s talk back program on 3AW, has quit radio (well, sort of) to take up a on-camera role with parent company Nine News.
TV reporting is not new to Heidi as she has previously had freelance stints on camera whenever her radio commitments allowed.
Heidi will not severe her 3AW links totally, as she will continue as a panel member of the controversial team on 3AW Sunday morning talk back.

Return to sender
The story goes that about 50 years ago a popular baby-faced Perth rocker could not work out why his broadcasting royalty cheques were a mere shadow of what he expected.
After some research he discovered there was another rocker with the same name living overseas, and that’s where his cheques were sent.
Bear in mind computerisation of systems was in its infancy, so maybe there was an excuse. The story ended well with the baby-faced Aussie getting his just returns and credited to his account – better late than never.

Not a second to spare
Spare a thought for the vision editor at Nine, living with the daily fluctuations of whether Djokoviic was playing in the Aussie Tennis Open. Will he, won’t he play?
Within seconds of the Joker being sent home , his image on all promo material was removed and replaced with Australia’s latest poster boy Thanasi Kokkinakis.

Around The Traps
The much hyped stage show 50 Years Young featuring John Paul Young has been moved to July 16 due to the current Covid scare….effective February 28, former Magpie coach Nathan Buckley joins SEN Radio to present the breakfast program each Monday in tandem with Garry Lyon. Garry and Tim Watson will reduce their on air appearances on the brekkie show … Channel 9 has coughed up $2 million to interview the family of missing child Cleo Smith. Sydney celebrity manager Max Marxson negotiated the exclusive deal and pocketed $400,000 for his trouble … Iconic entertainer Toni Lamond celebrated her 90th birthday at the end of January.

Hey Hey, there’s more
Daryl Somers has confirmed there will be further versions of out-takes from past editions of the iconic Hey, Hey, It’s Saturday. The series will be seen on Seven and edited clips will be culled from the 30 years of Hey, Hey.