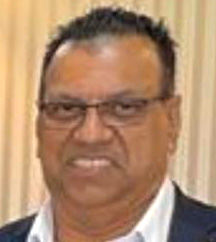 and Media Manager Johann Jayasinha into their Champions Group.
It is a well deserved recognition for the Hampton Park based Johann who has been a multi-cultural sports and community leader for over 20 years.
His experience is not only in the cricket arena but many other sporting codes too.
He has worked with the ICC, Cricket Victoria, Sri Lankan Cricket, Cricket Australia, Commonwealth Games, the VRC and AFL, and received official accreditation to report on many of their events.
His work has also seen him lead several overseas sports development programs that have given participants invaluable experiences in different environments and other cultural diversity opportunities. With Covid preventing a lot of plans in recent times, he’s now hoping to recommence new programs in the near future
Whilst being a tireless leader and worker in the multicultural community Johann has also maintained a successful career in retail and media.
Within the Sri Lankan sector SNNI has covered countless events over the years.
His action shots can be seen right throughout social media platforms and in newspapers around the globe.