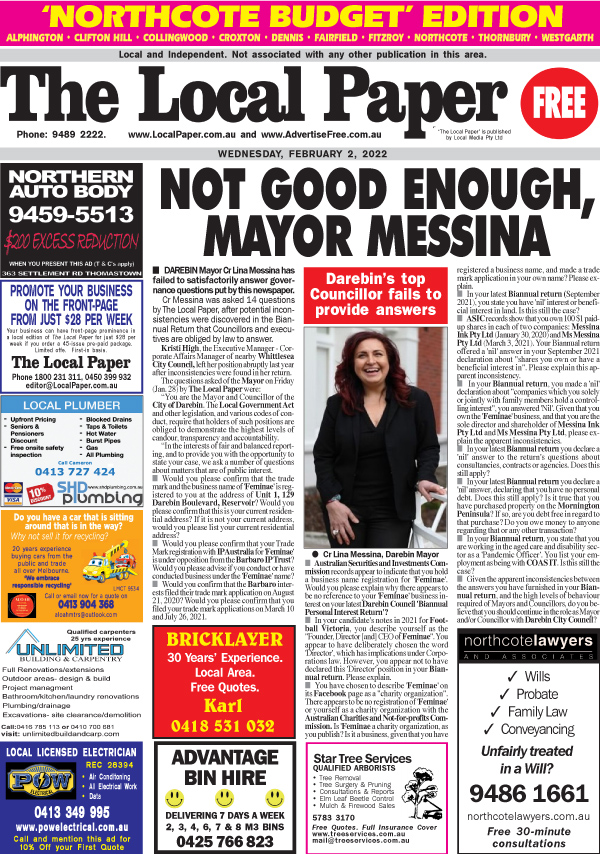 The Local Paper has provided an ongoing energetic coverage of the governance shortcomings at Darebin City Council. We predicted that the appointment of a Local Government Monitor was just around the corner.

The State Government appointed a Monitor today (Friday). The Monitor will support good governance and guide the Council to best serve their communities. Local Government Minister Shaun Leane said the monitor will address concerns about governance and councillor conduct.

The monitor will work to prevent issues from escalating and support councillors to perform their duties successfully.

The monitor for Darebin City Council will also guide the council to appoint a CEO. The municipal monitor will be appointed in coming weeks and will provide regular reports to the Minister on the council’s progress and recommend any further actions.

The State Government is supporting and improving council culture throughout the state, last year conducting a wide-ranging study into what influences council culture as part of the Local Government Culture Project Mr Leane said: “We’re serious about improving culture in local councils. We want to encourage positive practices and stop negative behaviour.”

“Municipal monitors have proven to be effective at guiding councils to make improvements in governance that help them better serve their communities.”

“We expect councillors to maintain high standards and practice good governance – which is what people rightfully expect from their elected representatives.” Darebin City CEO Sue Wilkinson has left her position.

Under her watch, planning permit applicants were banned from using The Local Paper for their advertising.

Over two years, the Council refused to answer any questions from The Local Paper. The Council has tried to obstruct The Local Paper, as has the nearby Whittlesea Council, by denying any paid advertising.