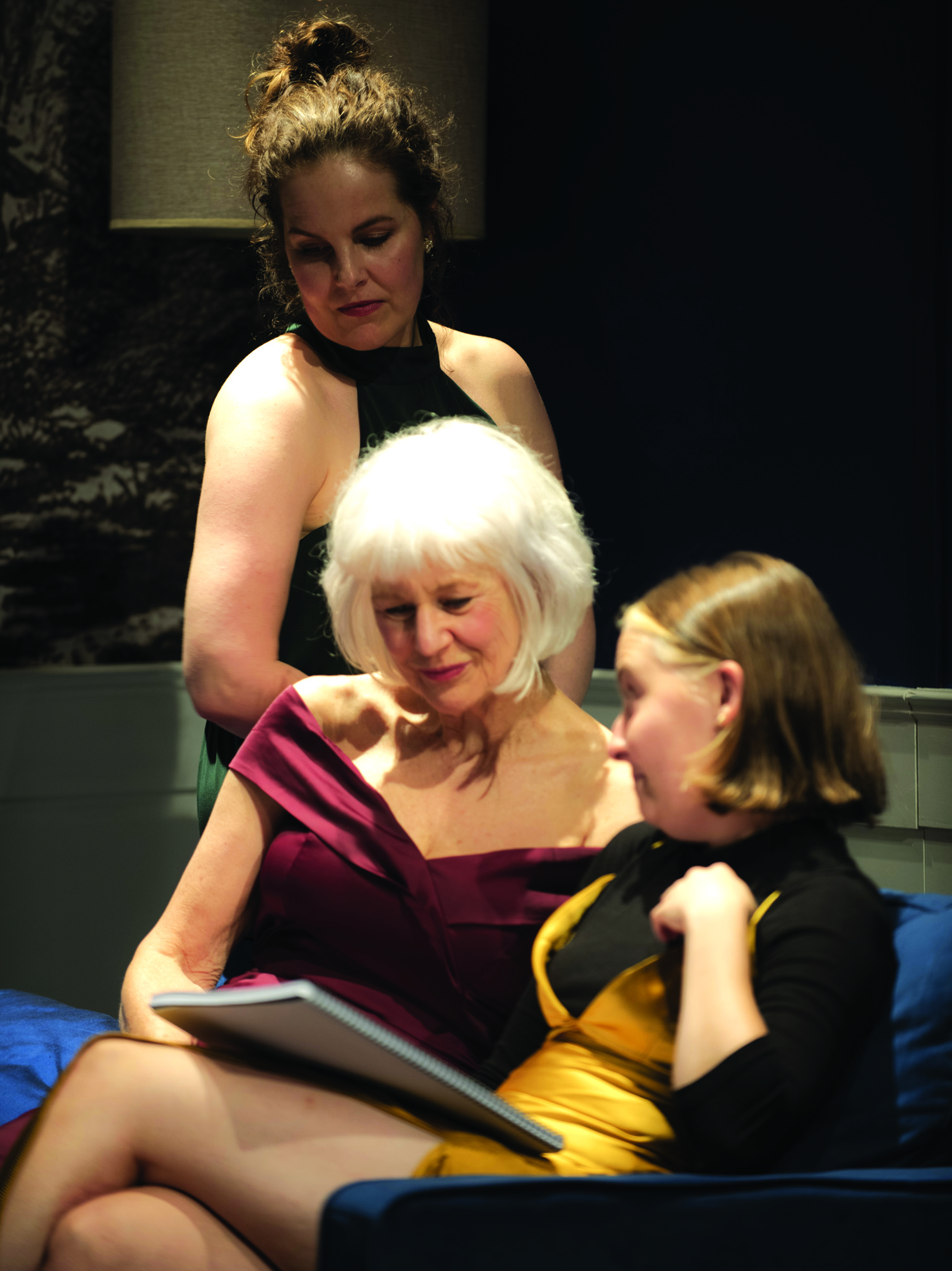 The generational intersection of three women prior to an award ceremony has the potential for both humour and regret.
Emma (Kate Cole) is a children’s author receiving a prestigious award. She brings her mother, Beth (Jillian Murray), with her and the interaction between these two has all the frustrating hallmarks we would find between mother and daughter.
But it is the unexpected arrival of Grace (Mia Tuco) that brings friction into the hotel room where the women are staying.
Katy Warner’s play sets the characters well; a tolerant daughter dealing with an eccentric and ageing mother and an overly apologetic interloper.
Kate, Jillian and Mia have much to work with here and the dialogue is delivered with alacrity.
Warner, however, overplays this character dimension a little at the expense of dramatic clarification.
Once the audience learns that Grace is actually Emma’s abandoned daughter, much is explained but this revelation comes as the apogee toward the end of the 110 minutes. Were it known earlier, there would have been better opportunity to explore the guilt, remorse and reconciliation between the women. As it stands, the interactions become slightly repetitive.
Beth’s eccentricities start to become irritating. Emma’s disquiet over the fact that Grace is writing a book about her experience comes across as mean-spirited rather than something that will unravel her success.
The dramatic conceit is worth exploring but there is a tenuous balance that needs to be adjusted.
The interplay between the women is well paced and director, Sarah Goodes, has worked the limits of the stage well.
Window light becomes a chance for characters reflecting. The coming and going along the corridor is a chance to transition between scenes. With such a small stage, the emphasis of Red Stitch productions has always been the dialogue and the acting craft.
Red Stitch’s Ink program has, once again, enabled the potential of playwrights such as Warner to find a forum in which their works can be trialled and developed with the backing of actors and production teams that are some of the best in the profession. This world premiere of Grace is a testament to that commitment.
Performance Season: Until February 27
Venue: Red Stitch Actors’ Theatre,Rear 2 Chapel St, St Kilda East.
Bookings:www.redstitch.net