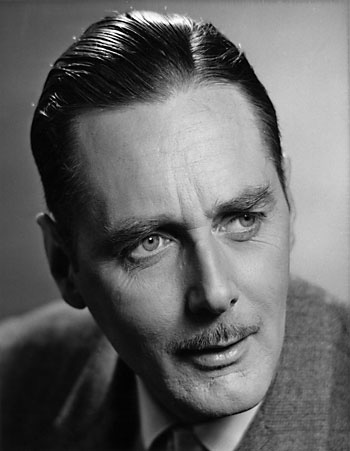 One of the great things about writing this column is that I enjoy writing about people that many of our readers may have forgotten about over the years.
To be able to bring back the memories is very rewarding and it is nice to remember performers who were a part of our lives.
I can safely say that the first time I recall seeing Denzil Howson on television was as ‘Professor Nitwitty’ on The Happy Show on GTV -9 in the early days of television.
He was a regular performer on the children’s program with Happy Hammond, Ron Blaskett and Gerry Gee, Susan Gaye Anderson, Elaine McKenna, Bernard The Magician, Ernie Carroll and many others.
During his career Denzil became an actor, writer, director and producer in radio, television, film and theatre.
Denzil Edward Howson was born in 1918 in the Melbourne suburb of Glenferrie.
His father had been an engineer with the PMG and in 1938 young Denzil attended the RMIT with the view to becoming a radio engineer.
Denzil served in the Army during the Second War World but became ill and was sent to the Heidelberg Military Hospital where he worked in Army education.
Denzil spent four years at radio station 3YB in Warrnambool where he produced many programs.
He returned to Melbourne where he began reading The Argus news services and was heard on several radio stations.
In 1951 Denzil married Dorothy Bradshaw and they visited England in 1952 where he studied television techniques.
After the arrival of their son Paul in 1954 they finally settled in their family home in Malvern.
Their daughter Clare was born in 1956 and at that time Denzil became involved in the live Olympic Games telecasts as a director and cameraman.
He became an Assistant Program Director at GTV-9 and spent many happy years at the Richmond television station.
Denzil was versatile and worked as a producer on the famous Christmas pantomime shows.
Ron Blaskett recalled in his book You, Me And Gerry Gee that Denzil produced the film series The Adventures Of Gerry Gee and in 1991 they were both called into Channel 9 to be told that the ‘lost episodes’ had been found in the archives and thankfully the series has now been preserved.
They also produced a series titled Around The World With Gerry Gee and toured the world with their families filming scenes for the show.
Denzil moved onto producing some of the daytime programs on Channel 9 such as Thursday At One and worked with the famous Enlish film star Jessie Matthews when she took over the show from Evie Hayes.
He also wrote comedy for In Melbourne Tonight and other programs. When he left Channel Nine in 1963 Denzil worked at AMV4 Albury and STW9 Perth.
He was an accomplished actor and over the years appeared in many guest roles in Australian shows such as Homicide, Division 4, Matlock Police, The Sullivans, Prisoner, A Country Practice and Neighbours.
He was in the play Amadeus for the Mel-bourne Theatre Company and in 1986 played a role in the musical, Me And My Girl. Denzil also worked for a marketing company.
In his later years he was a respected adjudicator at Malvern Theatre Company. I had met Denzil several times and the last time I saw him was at the launch of the marvellous book on The Tivoli by Frank van Straten. I was surprised that he even remembered my name.
Many people have told me that Denzil was a genuine friendly person and a real gentleman. Denzil Howson passed away in 2005 at the age of 87.

Kevin Trask can be heard on 3AW –
The Time Tunnel – Remember When – Sundays at 10.10pm with Philip Brady and Simon Owens.
And on 96.5 FM. That’s Entertainment – Sundays at 12 Noon. www.innerfm.org.au