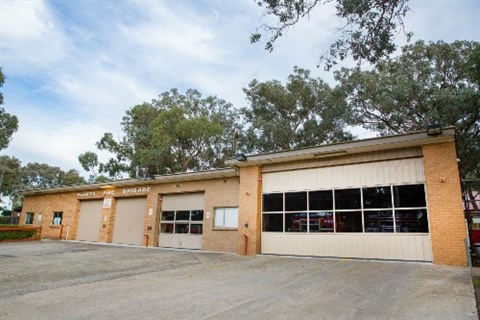 The site of the old Plenty Fire Station is set to be rehabilitated as public open space for the local community to enjoy.

Nillumbik Shire Council will request the CFA to demolish the building and revegetate the land at 109-115 Yan Yean Rd once the Plenty Brigade compltes its move to their new fire station nearby.

The decision was made at last month’s Council meeting and follows extensive consultation with the local community about the future of the site.

The community was asked if it would like the building retained and repurposed for community use, or demolished and the land rehabilitated as public open space.

More than 73 per cent of local Plenty residents supported the building being demolished. Respondents from outside the local area were more supportive of retaining the building. In total, 53.5 per cent of the community wanted the land returned to public open space.

The CFA will be responsible for the costs of demolishing the building and rehabilitating the land as part of surrendering their original lease agreement with Council for the old fire station site.

Nillumbik Council will undertake further community engagement about developing the site for public open space and develop concept options and cost estimates over the next 12 months.

Mayor Cr Frances Eyre said Council had been guided by the community in making its decision.

“We also conducted internal consultation which found there is enough space for casual hall hire for community groups in the area already.

“I look forward to further input from the community about open space opportunities for the site.”