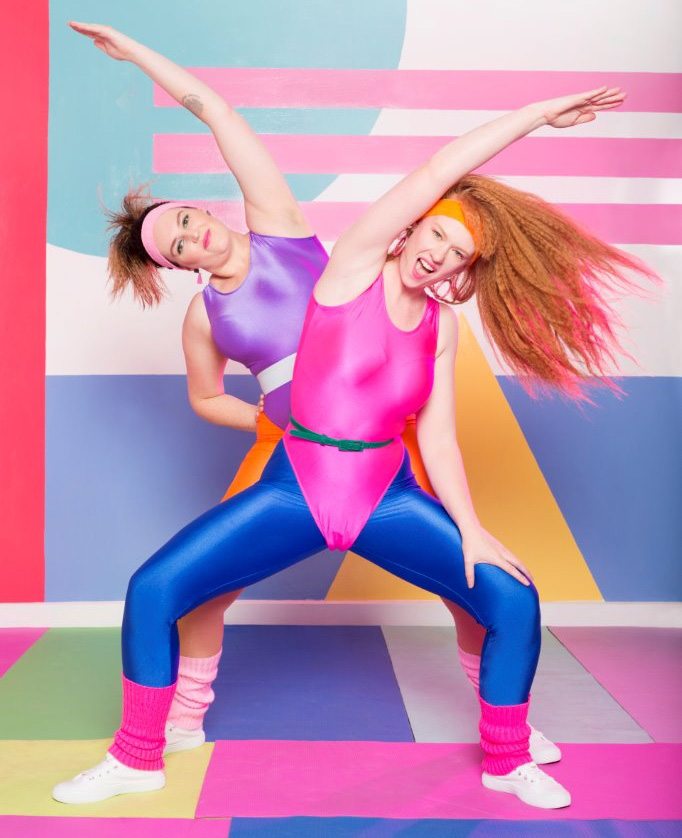 Despite not being born until the early 90s, Cheryl and Chardee are the 80s aerobic icons we didn’t know we needed.

After a sell-out season at the 2018 Adelaide Fringe Festival, Cheryl (Mikayla Lynch) and Chardee (Alicia Norton) are an obscure yet endearing pair who’ll be turning up the heat at the Imperial Hotel.

A high-energy show particularly for those who watched aerobics growing up, (whether that be Jane Fonda, or Aerobics Oz style), anyone who is a fitness enthusiast, or people who aren’t afraid to not take themselves too seriously.

Gain a unique insight into the aerobic fitness industry as these two performers satire the work outs that we’re so familiar with.

Alicia Norton and Mikayla Lynch are recipients of the 2019 Tessa Waters Mentorship Program.